We have had a few of what I have been calling bonus days in October. Today was one of those with temperatures in the low 60’s. I packed up all of the gear and headed to the club house grounds to set up the radio. The solar flux is up at 170 with a low A index of two so I knew ten and fifteen meters would be good. I did not bother with the Hamsticks this time as I do not have any higher than the twenty meter band yet. The string left in the tree from a few weeks ago was ready and waiting. I found an old tripod pole mount by the building and so was able to get the fifteen meter folded dipole up a bit higher. It was seventeen feet high at it’s center. 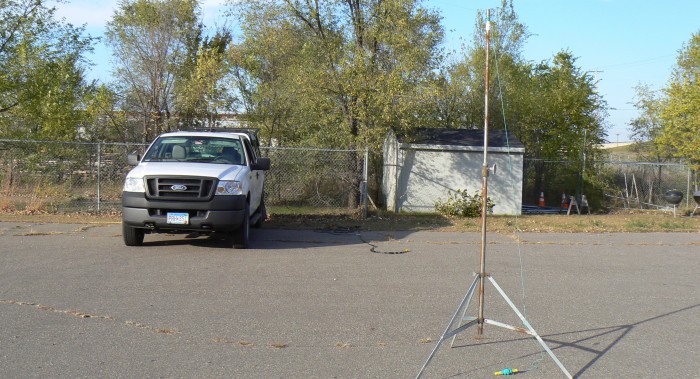 The first station worked was a station in Mexico followed by Slovakia and then Pennsylvania. After checking ten meters I built a ten meter folded dipole from parts and pieces I had. I now know that the inverter in the car will power the soldering iron. With ten meters up and ready I worked Washington state and California and enjoyed a good bit of listening. The bands were full of DX and the couple that I worked heard me right away.

A few weeks ago I also had fun working the Pennsylvania and Arizona QSO parties. After those and the California party I might have to start watching for the state QSO parties.

I did not quit so much due to the coolness of the air today as the fact that I had run out of battery power. Running one hundred watts really drains the battery compared to QRP operation. So the plan is to buy an A&A smart battery charger and use that to keep the batteries charged. So far though charging has been exclusively provided by the 15 watt solar panel. 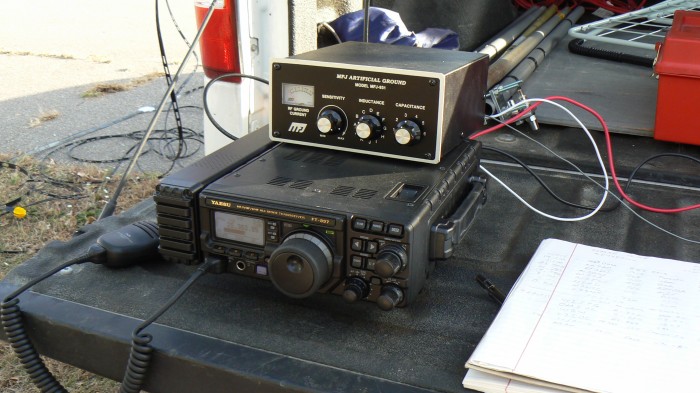 The Icom-703 is installed at work with the exception of the ability to transmit. Plan A for winter is to wire transmit capability and use with Ham Radio Deluxe. It has been used for several weeks for listening. I am still thinking about a Plan B.