Recently I found out that the Ten-Tec Argonaut V (516) has been discontinued. I was considering purchasing one, but for a while the radio was unavailable, like the Jupiter is as I write this. When it did finally become available it was not the best time for me to purchase one. I did get to sit and tune around on one last year while visiting Ten-Tec. I only have my father’s 515 which I sent in last year and had it repaired. It worked great for field day.

I have always been a Ten-Tec fan. My first radio was the 509. Unfortunately I sold it when we learned we were moving to Alaska and purchased a Kenwood TS-140S. Even in Alaska though I made the ALC modification and ran the radio at 5 watts output as best I could. I sold the TS-140 last year as having a full power radio was just not as much fun as having a true QRP radio.

So what is available in the QRP radio department? I am leaving out kits as I just am not interested in building anything at this time. There are really only two radios that one can walk into a store and buy today and be on the air with tonight. One is the Yaesu FT817ND and the other the Icom 703 Plus. As part of my plan to buy an Argonaut I did check out the competition to see what was available last year. Although the Yaesu had some advantages I believe the Icom had the better specifications. Receiver sensitivity was one thing that caught my attention.

Sorry, but I have never really liked Yaesu. The display on the 817 is a bit small. I was going to complain about it covering so many different bands, but I guess that is pretty common now. The only Icom radio I have ever owned was my very first 2 meter rig, the Icom 22S. That radio did influence my DC power cabling. Every radio I own gets the same type of power connector on it as the IC-22s. I can plug any radio in anywhere car or home. Buying one of these radios though almost seems wrong since I like Ten-Tec so much.

So what do I do? I am not really wanting to buy a second hand rig. I should mention that I miss 30 meters. I like CW, but my code skill requires that I keep a microphone around for the rare contest.

It would have been cool if Ten-Tec had built the 516 into the same or very similar case as the 515. Probably the only thing I felt was a negative for the 516 was the case. It was not quite right for mobile or portable use, but a bit too small to comfortably use as a regular home desk top radio. 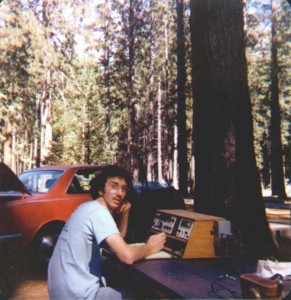