A friend suggested that I put an HF radio in the truck for a work trip to Milwaukee. The next morning while getting ready to leave I went out in the light rain and installed a twenty meter hamstick on the top of the topper. A wire was added going from the antenna mount to the back of the truck with the rest of the wire just thrown inside the back of the truck. The mount is intended for hamstick dipoles. 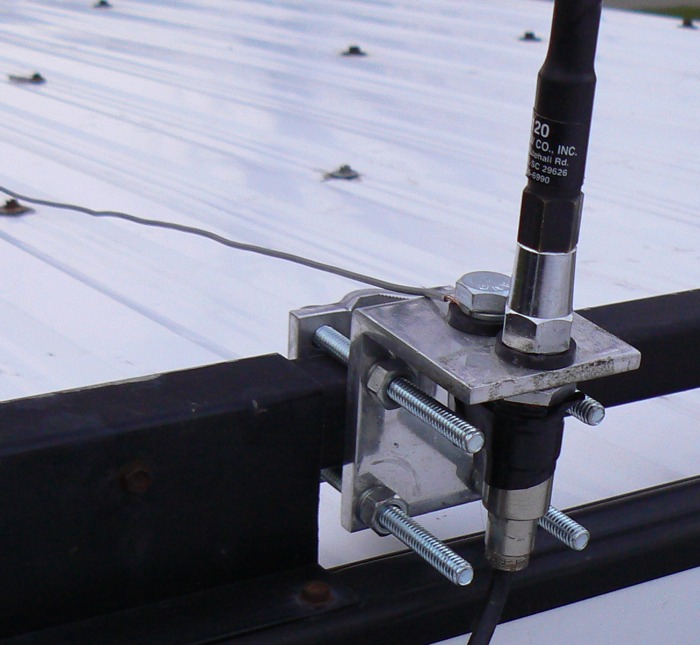 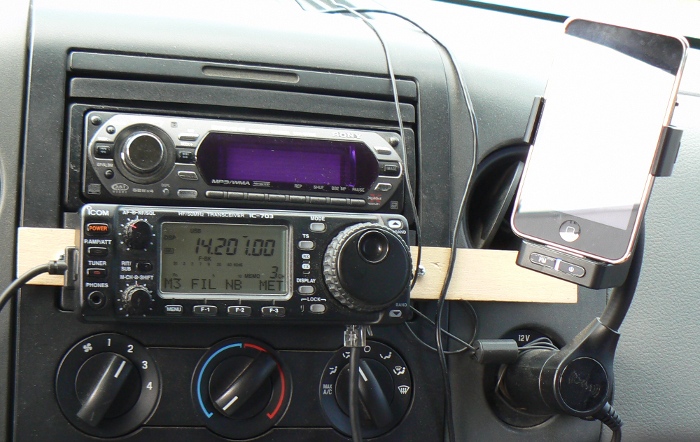 The Icom 703+ was placed on the front passenger seat with the faceplate mounted on an old ruler just under the truck radio.

For the first two hours of the trip I thought that the radio had been damaged some how as the radio would not put out any power. Finally I realized that I had not checked all of the menu items and found that the mic gain had been set to zero while attempting to set up a digital mode a month before. After that everything worked very well.

My first contact was with a Georgia station I had worked the day before from the home station for the Georgia QSO Party. He noted me as a duplicate contact and then I explained that I was now mobile with ten watts in Wisconsin and not in Minnesota. That is when he stopped contesting and asked me about my amplifier. I explained that the output was just ten watts and using a Hamstick on the top of the F-150 that I had installed earlier in the day. I did mention that I added the wire to the antenna base. He said that I should not touch anything as I had a very good signal.

Similar reports were received from six other contacts during the trip. Since this was a spur of the moment decision to take the radio I will say that I am very glad that the radio has a good noise blanker and decent noise reduction, DSP. This was the first time I have tried mobile HF since 1991. It’s a great way to practice CW listening with the real thing.