I have been on vacation this week. Yesterday I was reminiscing about operating outdoors this last summer. That was one activity that I just did not get enough of this last summer. I read the blog posts of W1PID and his friend W3ATB now and then as they report on their outdoor QRP portable operating. 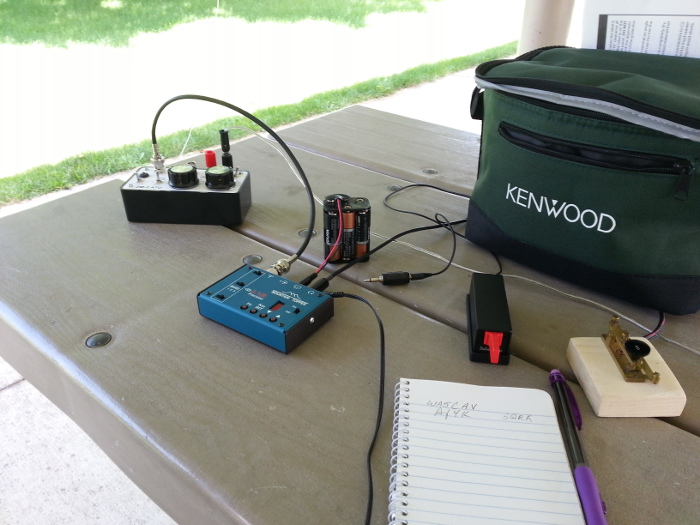 I still have yet to make a contact with the Mountain Topper. Normally it would not have been my style of radio, but I do really like it. It is easier to use than I had thought.

So stuck inside a third floor apartment with -24C outside and nothing much to do I suppose this just made sense. 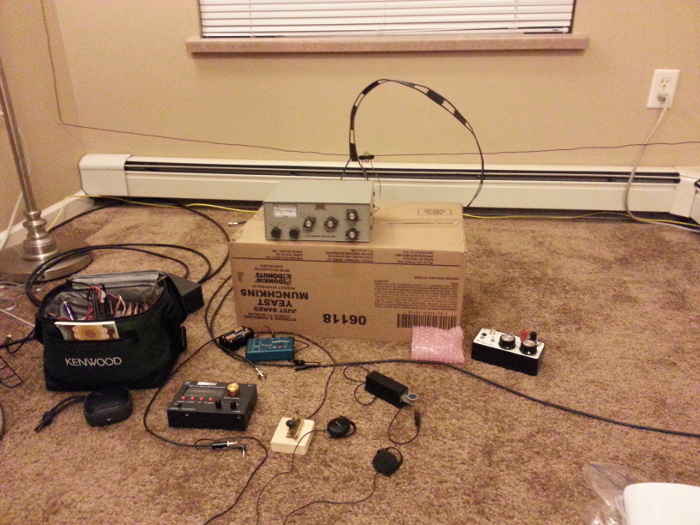 I strung a wire loop antenna at the end of the room that has the outside wall. Using an MFJ-250b I was able to tune it and listen around on the two radios. I did remove the ladder line and added a balun. This last summer I made several contacts with the HB-1B and I very much appreciate the variable IF filter. The noise level here is pretty high, but I do hear good signals and have made contacts with the desktop radio.