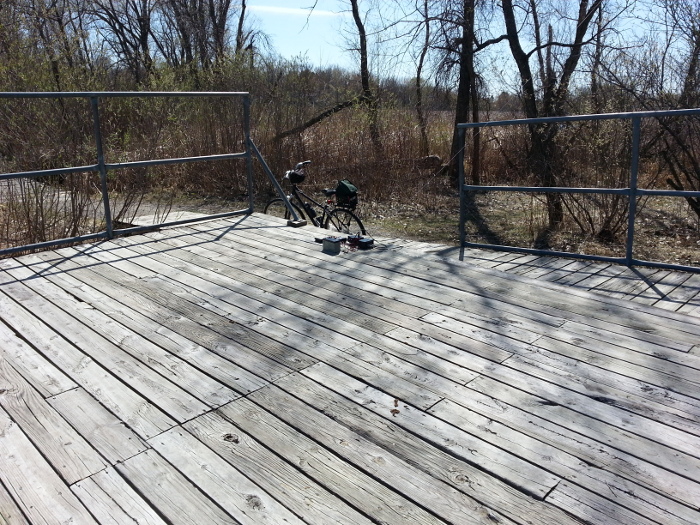 I’ve almost always owned a QRP radio over the years, but never one that could truly be called trail friendly. During the winter after looking at the KX3 I decided to purchase YouKits HB-1B radio. It is a four band, 80-20 meter, 5 watt, CW radio. I’ve had the opportunity to set up outside a couple of times this Spring. So far what I have been doing is taking along a wire that is, I think, about sixty five feet long, a counterpoise with a small MFJ tuner and Power-SWR meter, a straight key, earphones and SLA type battery.

The first outing was just out in the courtyard at our current apartment complex. The Wisconsin QSO party was in progress. I made six contacts to Wisconsin and one SKCC contact. The next time was at the Bob Cross Nature Preserve in Sauk Rapids, Minnesota. That is just across the Mississippi river, three miles from home. It was a part of a bike ride so I made one contact to Oklahoma for SKCC. 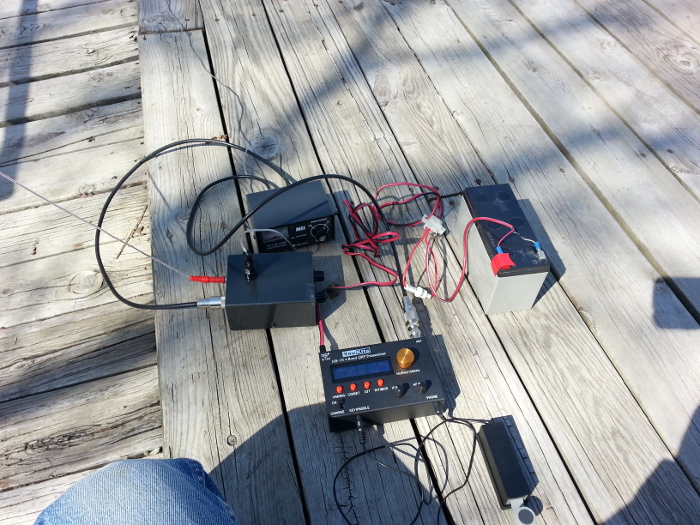 I’m hoping to have some fun combining two hobbies this summer, bike riding and ham radio. I’m going to have to get a smaller battery though. The 7AH batteries are pretty heavy on a bike.

Just adding that my next ride was 3 miles the other direction and I just used the internal battery. Two contacts, New York and Detroit. 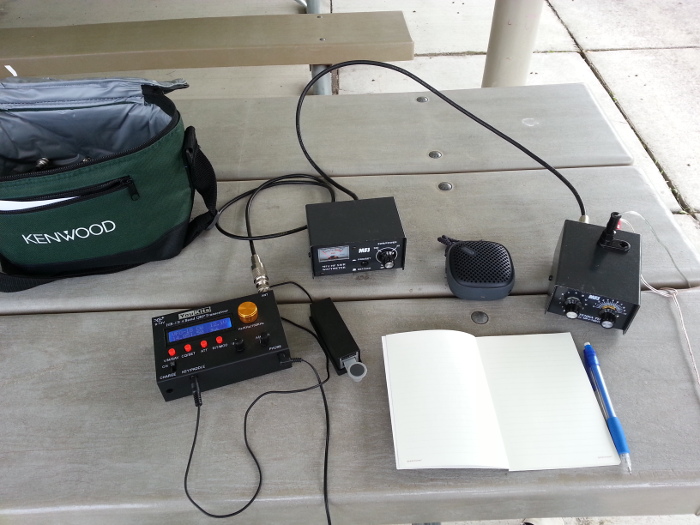